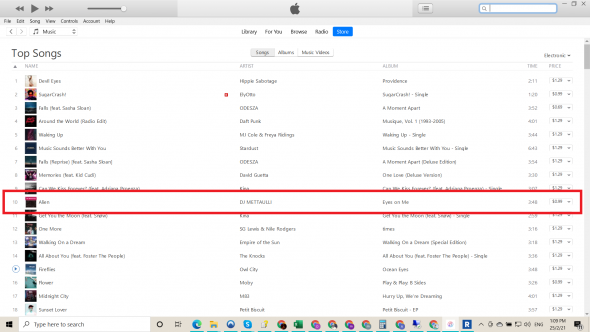 DJ METTAULLI enters at Number 10 on US Itunes charts with Alien.
BALLINA, Australia - AussieJournal -- World's first 'Content Farm' Kantado achieved a milestone today when its artist DJ METTAULLI 's single Alien cracked the US Itunes charts in the Electronica genre. It entered at number ten moving on to number 3.
A funky dance/electronica groove Alien is set to break into the niche dance club circuit and private home parties. It also has a t'ik/tok sound' feel to it which the gamers will enjoy as well. Kanata is the world's biggest music content creator with offices in Australia, India, and the Philippines. With a projection of producing over 1 million songs in the next 2 years, the catalog holds thousands of hit tracks that will be released as singles in the next 4 years.

The catalog promotion is part of a bigger plan which will see the launching of a music IPO in Australia in the coming years.

More on Aussie Journal
Kantado is partnered with Beat Viral for its distribution needs with back-end technology provided by EVEARA, a unique white-label distribution technology platform run by Industry guru Levent Karahan. In the past 3 months, Kantado's catalog has been streamed over 100 million times on Facebook alone. It is also popular on Deezer and Tidal.