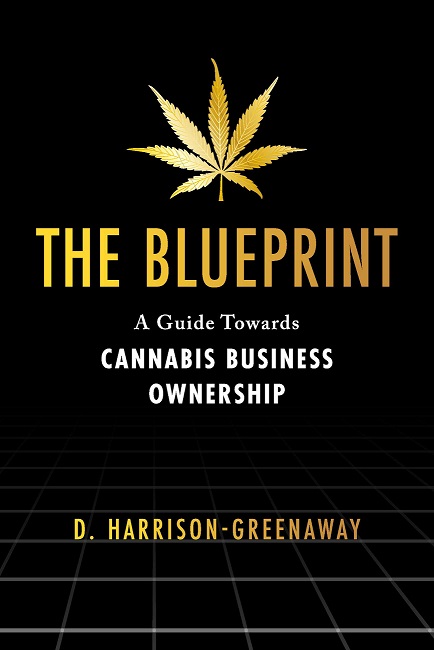 The Essential guide for those considering entrepreneurship in the cannabis business.
LOS ANGELES - AussieJournal -- Diedra Harrison-Greenaway has written the definitive book for anyone who is curious about the cannabis industry business or is seriously considering entrepreneurship as a cannabis business owner. There remains a plethora of misconceptions attached to the cannabis industry and Harrison-Greenaway's book will serve as a guideline to understanding the basic essentials.

The cannabis industry represents a society that encompasses folks from all walks of life.  Unfortunately, the industry mirrors the systemic racism and discriminatory practices within the business and judicial sectors of society.

There are still thousands of people incarcerated on non-violent cannabis charges and while cannabis is now considered legal in many states, there are still a number of legal issues that can impact one's ability to enter the multi-billion-dollar cannabis industry. Greenaway acknowledges that there are large numbers of people of color across the country who have issues that impact their entry into getting into the industry and that this needs to change.  The disparity is so severe that coalitions have started up to assist them in getting their records expunged as well as providing equitable employment opportunities within the industry.

The Blueprint is intended to guide the reader through a series of well-laid out steps in various sectors of cannabis ownership. The Blueprint also addresses navigating through the sometimes complex governmental and industry bureaucracy as well as covering the reasons it has been so difficult for people of color to participate in ownership because of biases.  For people of color, the book discusses openly and honestly the promising and the problematic aspects of the cannabis industry. Harrison-Greenaway personally knows people of color who have been incarcerated on non-violent drug charges which is why she emphasizes the importance of staying current on government policies as it relates to incarceration on drug charges.  In fact, she states, "According to prison policy, drug offenses still account for the incarceration of almost 400,000 people, and drug convictions remain a defining feature of the federal prison system.  Police still make over 1 million drug possession arrests each year, many of which lead to prison sentences."

More on Aussie Journal
Harrison-Greenaway's inspiration to write The Blueprint came about when she began to recognize and hear through authenticity so many situations and conversations she has had with various individuals and various groups of people who have struggled with the process of entry into the cannabis business through non-social equity as well as social equity routes.

Although her hands-on learning, accompanied by her formal education in business helped her, she emphatically maintains that the injustice of what she witnessed within the industry was the driving force. Observing people of color being denied opportunities to become a part of the industry became a point of conflict for her. The knowledge she had as it relates to the cannabis industry application process was not clear cut, so she took it upon herself to write a book that would give a clearer understanding and a more simplified guide to help greenlight the process.

After being elected as a Budget Advocate for the city of Los Angeles and serving as a member of the budget committee for the department of cannabis regulations, Diedra was presented with an offer that as she states, "would be crazy to refuse."  Without fear of family reprisal, she stepped out on faith, knowing there would be obstacles to overcome, especially for women of color in the cannabis industry.

Although California was one of the first states to decriminalize cannabis, they have failed epically with the release and expungement of records. Sadly, people serve their time and after being released, they experience a different type of incarceration. They can't find employment or housing; they can't even vote.

Although 2020 and 2021 were phenomenal years for the cannabis industry, the industry did not benefit from any pandemic relief, which as the author comments, "we didn't need."  Further commenting, "It appeared that more people consumed cannabis products during the pandemic than ever."  Harrison-Greenaway is working tirelessly to ensure that this book especially reaches people of color who previously have not had access to clear cut information about  access to the cannabis industry.

More on Aussie Journal
About the Author:

Diedra Harrison Greenway is a businesswoman, a strategic innovator, and a purposeful change agent. Her diverse background as a former government employee, working in several levels of government gives the reader a clear outline of the importance of the formal legal processes of the industry.

To add to her credentials as an expert in the Cannabis industry, Harrison-Greenaway was elected as a Budget Advocate for the City of Los Angeles where she served as a Budget Committee Member for the City of Los Angeles Department of Cannabis Regulations. Her hands-on experience working with one of the leading cannabis companies in Los Angeles, California, and helped to make it a multi-million-dollar company within four years. She is proficient in areas of executive business s management, strategic marketing, operations, accounting, sales, customer service, METRC (Marijuana Enforcement Tracking and Reporting Compliance), and cannabis real estate. She is the owner of Greenspace Business Solutions located in Los Angeles, California.  A graduate of the University of Maryland, Harrison-Greenaway earned an MBA and a Master of Science with Upsilon Phi Delta honors. She earned her Bachelor of Arts in Sociology and Post graduate certification from California State University, Northridge located in Southern California.

The Blueprint can be purchased by going to: https://www.amazon.com/Blueprint-Towards-Cannabis-Business-Ownership-ebook/dp/B0B6WQ4GVK/