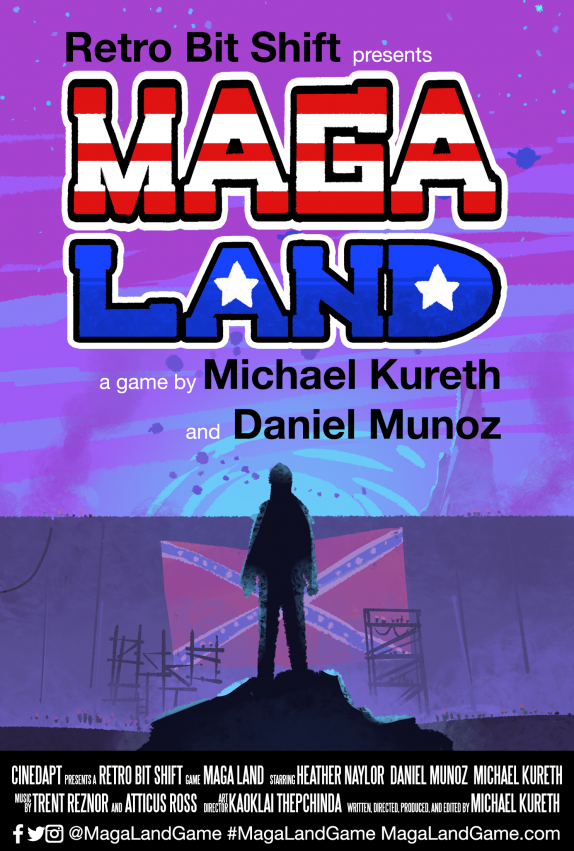 Only a true hero can save us as the Maga Parasite has caused a worldwide pandemic
LOS ANGELES - AussieJournal -- Cinedapt, Inc. in association with Retro Bit Shift (RetroBitShift.com) announced today the launch of the Kickstarter campaign for its new game, Maga Land.

About Maga Land:
The mind controlling Maga Parasite has swept across the land causing a worldwide pandemic.

Scientists have discovered that foxes infected with the Maga Parasite hypnotize their human victims before brainwashing them by attaching to their heads. The zombified victims then wear a red hat to signify to others their allegiance. Together they protect the fox den by building a wall to shield the Maga Parasite King in a land now known as Maga Land. Shielded behind their wall is an army of Maga Parasite infected birds who retweet misinformation transcribed in the Book of Faces aimed to infest the world of its disease.

A hero has emerged to take on the Maga Parasite and restore peace and order across Maga Land!

About Retro Bit Shift:
Michael Kureth and Daniel Munoz have more than a half century combined experience in software engineering and game development.  Mike began programming at the age of 7 in 1987 by reverse engineering games on a Commodore 64.  Daniel began his career in game development as well at the age of 7.  Since then, they have built games for major companies enjoyed by millions.