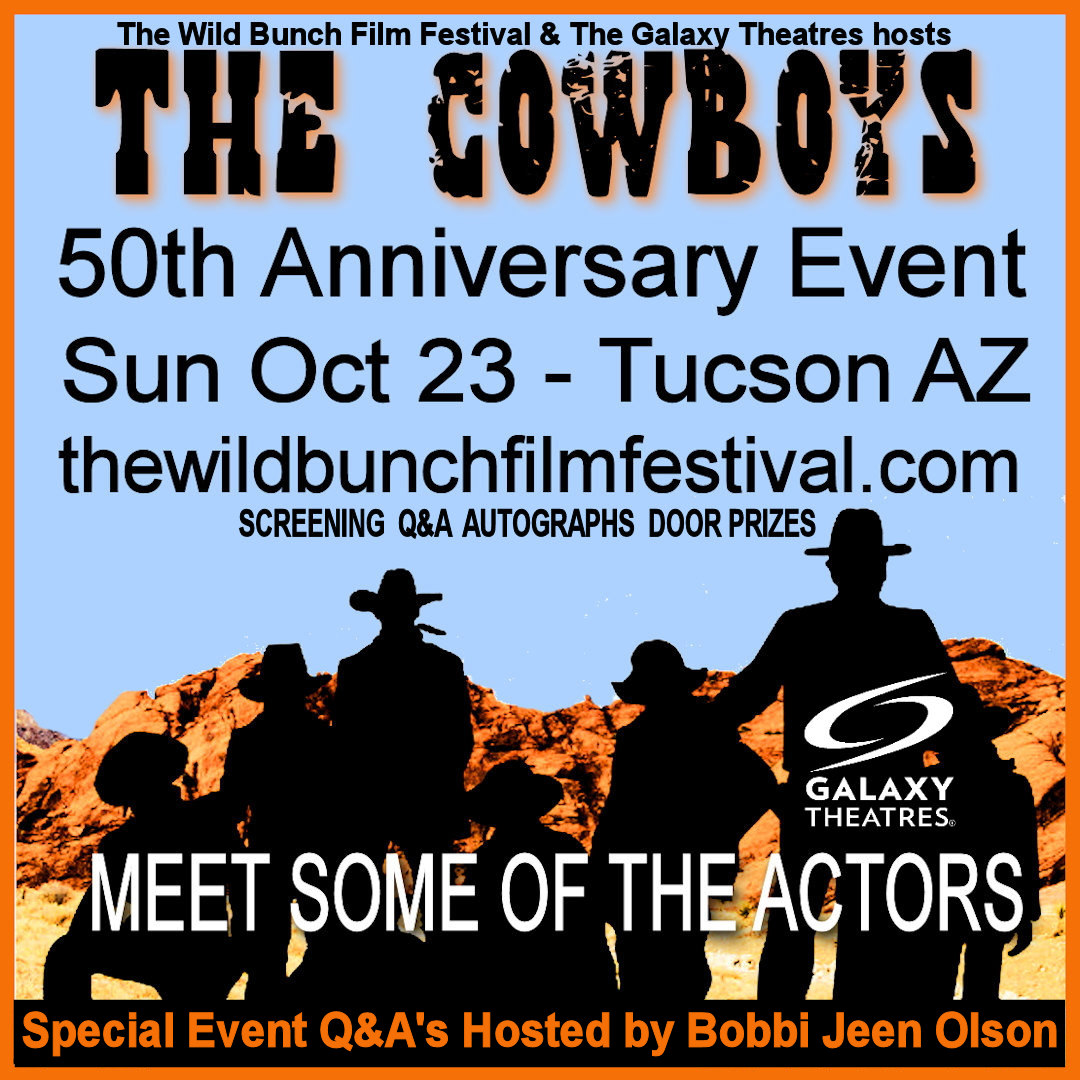 This year the festival is proud to announce it's first annual Robert Shelton Award. It will be presented by a Shelton family member to a person or business that has played or is playing a key role in helping bring filmmaking to Southern Arizona. Robert Shelton was the founder of Old Tucson Studios and a longtime advocate for the Southern Arizona movie industry. Also presented are the Charlie LeSueur and Jerry Vance awards and others.

"With Old Tucson Movie studios, Mescal movie set and other western movie locations in the area, western films are looking great for the future in southern Arizona. It helped when Arizona enacted the Arizona Motion Picture Production Program, an annual film and TV tax incentive for qualified productions. It's an exciting time for everyone involved", Film Festival director Rock Whitehead says.

More on Aussie Journal
Festival hours are Thurs 3 to 10pm, Fri 3 to 10pm, Sat 10am to 10pm & Sun 10am to 3:45pm, plus a book signing daily by the festival's co-founder, author and actress Brenda Whitehead with her western novel "Eli Elder".

The film schedule has over fifty three films that will screen over the four day event. Some films include known actors or entertainers like Debra Lamb, Cheryl Ladd, Jake Busey, Peter Sherayko, Darci Lynn Farmer, Joe Estevez, Savannah Lee May, Robert Craighead, Drew Waters and many others.

On Saturday from 3 to 4pm there is a Special Screenwriter/Writer's Q & A, hosted by Tucson's own screenwriter & film director, Philip Sedgwick!

Sunday afternoon the festival's big award show will be in the larger DFX Theatre from 5:30 to 7pm. Hosted by Rowdy, Bobbi Jeen and Jim Olson from Western Trading Post.

The Wild Bunch Film Festival details and tickets are located at http://www.thewildbunchfilmfestival.com There is a price increase at the door, so it's best to buy online.

The virtual version of the fest is located at https://xerb.tv/channel/thewildbunchfilmfestival, however the schedule and films will change some, and no live streaming.

Check out our promo video on youtube at http://youtu.be/kj88_s2pSnY