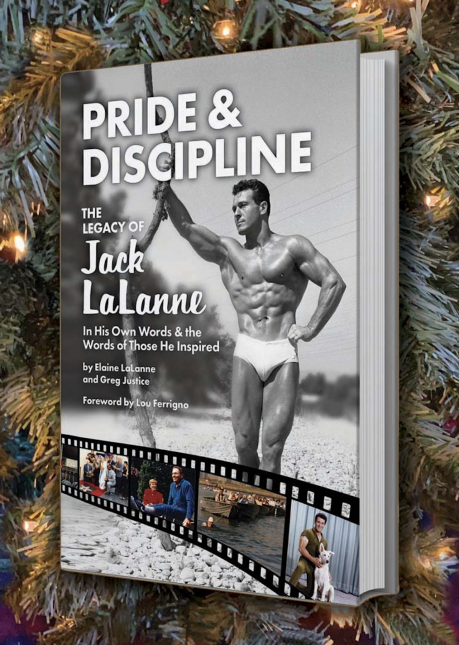 Decades before celebrities and athletes promoted health and fitness, Jack LaLanne, The Godfather of Fitness, was already recognized for publicly preaching the health benefits of regular exercise, proper nutrition and a positive attitude. Pride & Discipline: The Legacy of Jack LaLanne reintroduces Jack's message to a new generation.
PRAIRIE VILLAGE, Kan. - AussieJournal -- After more than two years of writing, interviewing, and compiling Jack's writings, Pride & Discipline: The Legacy of Jack LaLanne will launch in January of 2022.

This book is written in Jack's own words, along with the words of those he inspired. It is co-authored by Elaine (Lala) LaLanne, The First Lady of Physical Fitness and Greg Justice, National Fitness Hall of Fame inductee (2017).

Elaine saved Jack's writings, some he had scribbled down in the middle of the night and others were interviews and magazine articles; would you believe, dating back to 1934.

Pride & Discipline: The Legacy of Jack LaLanne is packed with his beliefs in mind power, overcoming obstacles, visualization, motivation, humor, and of course, exercise and nutrition.

Jack often said, "I can't die because it would be bad for my image."  But, as Lou Ferrigno says in the book's foreword,  "The truth is, his legacy will live on forever because of his vitality, positive attitude and wonderful sense of humor."

In addition there's a family scrapbook, along with stories from people in the fitness industry, as well as folks from all walks of life who either knew him, or were inspired by him.
https://scriptorpublishinggroup.com
https://jacklalanne.com